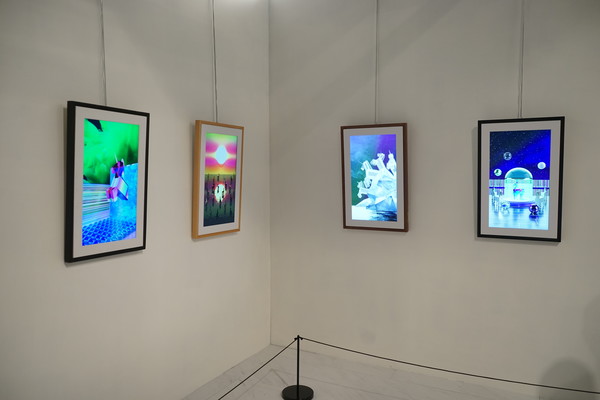 NetGear announced on the 25th that it will display the Mural Digital Frame canvas at the “Digital Art Content Exhibition” hosted by J&V Ventures, the official partner of Mural, at the JBK Convention Hall in Bongeunsa-ro, Gangnam-gu.

The exhibition will be held for two days from Sept. 3 to Sept. 4.

In July, works of up-and-coming digital artists were already displayed through the Mural frame. This is the second time that digital artists such as Koo Dong-ha, agijagiHAN, Kim Mi-ne, Nouvelun, Lee Yeon-jin, Ctrl._.E, and Kim Kyung-ah will be shown.

Sung Ho-young, CEO of J&V Ventures, said, “We decided to participate in the exhibition because the Mural Digital Frame Canvas expresses digital art more luxurious and the famous paintings provided by Mural reproduce the original texture with high quality.”

Netgear digital frames used in the exhibition are 21.5 inches and 27 inches, and a total of 30 pieces of each artist’s works are displayed in each digital frame over time, so you can enjoy as much work as possible in one place.

“Collaboration such as professional display frames, exhibition spaces, and planning, such as Mull, which helps you enjoy it with your own eyes, is becoming more important,” said Choo Dong-ho, head of NetGear. “We will increase the space to experience Mull digital canvas frames in various fields such as art, music, and NFT art.”

The off-note space was held on July 29 under the theme of “About the New Connection Method” at JBK Hall in Bongunsa-ro, Gangnam-gu.

The works were presented for 15 minutes through the Mural digital frame and could be viewed in six sessions. Even though the exhibition space was not large, it was possible to look at various unique works of various artists.

Digital works by HUHU writers.
By using the Mural digital frame to compensate for the shortcomings of the printouts, it created a high-quality exhibition. If a work is printed on paper, it has broken the limit that deformation can occur.

Rather, works using oil paintings boasted NetGear’s true-art technology that was clear enough to feel the texture expression of oil paintings. Moving works that cannot be expressed with paper can be displayed, so the artist’s unique sensibility and liveliness could be utilized.

The off-node space was decorated with various LEDs and lights, so even though it was held in a dark atmosphere, there was no light reflection and glare with Netgear’s anti-glare mat screen.

NetGear’s central cloud control system allowed the digital exhibition to proceed smoothly, which would have been somewhat difficult.

Until now, it is difficult to control the entire dashboard because the Mull digital frame has been used for home use. However, even if the frame itself was not touched by hand, it could be quickly controlled with only hand gestures through a ‘gesture sensor’.

The exhibition started in a hurry and ended in a day, but will be held again in August and will expand to the community area.

At the end of the exhibition, a talk concert was held where visitors, fans, and writers all talked comfortably together. Many people were not there, but the writers expressed their aspirations and expectations.

Sung Ho-young, CEO of J&V Ventures, said, “The number of works was small, so we were able to reduce the burden on digital artists,” adding, “In terms of audiences, we can provide opportunities to see and experience various artists’ works.”

He then said, “We look forward to expanding the digital content ecosystem so that even those of the age who have difficulty accessing online works can access them through the off-node space.”